Two weeks after EOC, the Swiss team was heading to Sweden for another camp. Not every training worked fine, as my toe was still hurting, but overall it was a nice camp. One week later it was getting more serious. Swiss WOC selection races were held near Strömstad. Both I and Chlai did solid orienteering in the first three races and we were optimistic to make it to the WOC team. That was a new feeling for me, since I always had some troubles at WOC selection races the last years.

But there was no happy-ending of the story. Right before the 6th control of the last selection race, I was running down a slope, when I stepped into a hole and heard what I love to watch: The Big Bang. The accident occurred some 3km air-line distance from the finish area. Luckily there was a guy “nearby” who could drive me back, but nevertheless my mood was not at its best at that time. 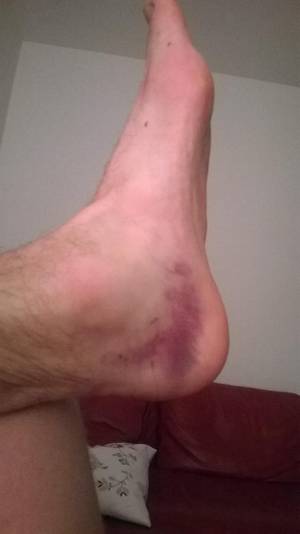 This is what happed the following days:

1: Going back to Switzerland. In the evening I got the message that I’m selected for WOC middle and long distance, whereas Chlai can run middle, long and sprint. Great news! 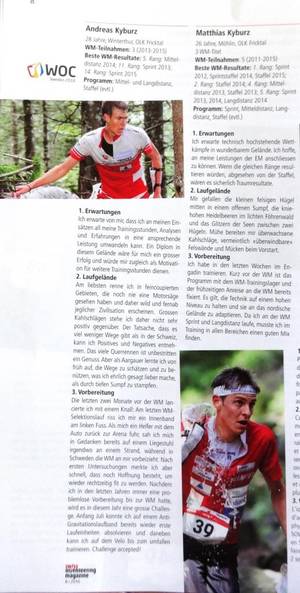 2: Visiting our team doctor. He was optimistic that I could make it to WOC, as the ligament rupture occurred at back of the inner left foot. That means: it would have been worse at a different place.

4: First time in the physio. After that, I started with “readyforthebeach”-exercises.

6: Half an hour cycling with an ankle brace.

9: First time on AlterG (anti-gravity-treadmill), starting running at 25% of my body weight. Flyweight! 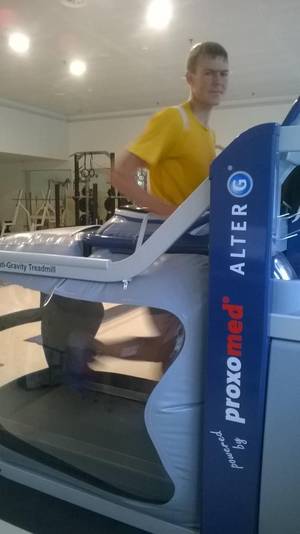 19: Traveling to Engadin. 4x5’ jogging with my full bodyweight. No more butterfly-feelings. Heavyweight (Actually I would belong to “Super middleweight” according to WBA/WBC/WBO and IBF weight classes). Back to business.

21: Half an hour easy running both in the morning and the afternoon. 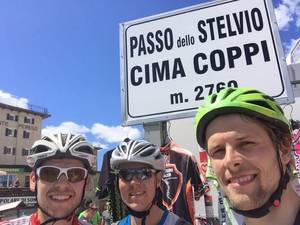 Conclusion: So far so good. Now comes the crucial part when it’s about to run fast again in rocky Strömstad- terrain. Still three weeks to go.